I thought I was headed to an AVC MeetUp tonight. I thought so yesterday. I still think so. But then I have an email this morning about an AVC MeetUp that is scheduled for a different day - tomorrow - and a different venue, although still near Union Square.

I did some digging. I have come to find out there are two AVC MeetUps two days in a row, and I don't think Fred Wilson is coming to either of them, which I believe is fine. The guy puts plenty of time churning out blog posts, and reading every single comment left at his blog.

So here's the update.

This fragmentation is what needs to happen to the FoodSpotting EatUps. I personally would like to organize a dumplings EatUp. If at least six people will show up, that's a success.

Okay so the date, time and venue for the AVC MeetUp has not changed. What is going on is there are two AVC MeetUps two days in a row. Insa-allah. 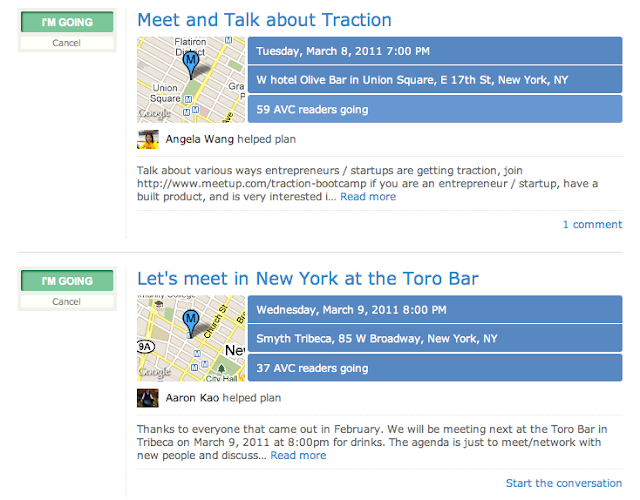