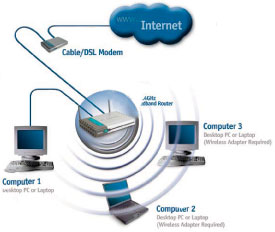 I have been following the universal, wireless broadband vision furiously at this blog over the months. First Wimax, then xMax, but someone has come up with an idea that goes over the curve for its simplicity and practicability. And I read about that in the news earlier today, and only an hour earlier I ended up doing a technorati search on my Nepal blog, and it appeared that some Rebecca Mackinnon has been linking to my blog posts quite a lot, and from a respectable, experimental Harvard blog too. So I googled her, found her email address and emailed her to say thanks: all that helps the movement back there, I said. Then I proceeded to read a little of her, and bam, there she was, she sits on the board of this hot company.

My friend Martin Varsavsky has just made an exciting announcement: his new Wifi startup, FON, has received investment and backing from Google , Skype, Sequoia Capital, and Index Ventures. ........ (Disclosure: I am a member of FON's U.S. board of advisors) ......... Three months after Martin launched FON on his blog, the $21.7 million dollars worth of funding shows tremendous support for FON's vision: a global community of people who share WiFi connections, known as "Foneros" in a tribute to the company's Spanish origins.

Wow. This is quite circuitous, don't you think?

FON In The News

02/07/06 1:45 AM Update. I just saw someone on the FON Board who I have met personally when the guy was running for New York City Public Advocate. We had a brief conversation at the MeetUp.com headquarters hosted by Scott, the CEO. (Social Networking: Where The Internet Comes Down From The Clouds, MeetUp, LinkUp)

Andew Rasiej is the Founder and current Chairman of MOUSE. He has also served on the New York City Board of Education’s task force on technology and has spearheaded several innovative projects that support efforts to bridge the "Digital Divide" in public education. He truly believes in the need for WiFi as a way to empower citizens to do more then connect to the internet and read email.

Rebecca MacKinnon was one of CNN’s youngest Bureau Chiefs (China, fluent in Chinese), named as a Global Leaders of Tomorrow by the World Economic Forum. She left CNN and became a fellow at Harvard’s Berkmen Center and founded Global Voices with Ethan Zuckerman.

2:33 AM Update: Browsing around I bumped into this: WiFi Phone. In the works. It's all coming together: the chips are falling in place. The Skype people have funded FON, and Netgear is to carry Skype. The dots are connecting. (Internet Phones, Video Blogging, Nano) 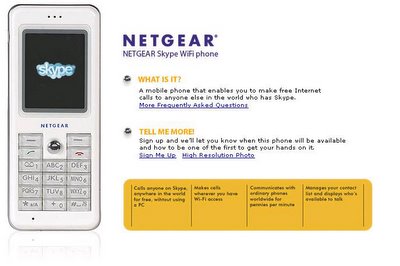 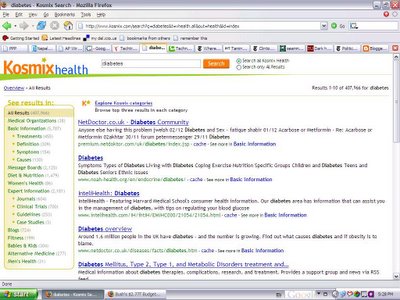 Kosmix plans to take on Google in the search domain. There are two Indians at the helm. They are only starting out, but they got a track record. They are in the same league as the Google founders, only a few years behind, which is not a setback at all. All four went to Stanford together.

Google never really had a competitor, imitators in Yahoo and Microsoft yes, but this is the first true competition for them. We are all better of for it. Google only looks at how many other websites link to a website. Kosmix goes further. It makes sense of the content of a site, and categorizes them.

But Kosmix is just starting out. And it has a lot of work ahead. I wish it all the best.

If you think about it, when you do a search on Google, how often do you go beyond the first page of results, or the second or third? Most people do not go beyond the first. So showing 500 relevant and categorized results might be "stickier" than 500,000 so so results. But Kosmix got to prove itself.

"Kosmix", a novel approach to search by Cosmodex Andhra Cafe It narrows down the users search and produce accurate results for their query directly..... Kosmix analyzes the content of a website, and not only its URL referrer popularity. Results are categorized .. and the categories are answers to questions rather than general tags..... a novel approach to search, by rewarding registered users of the site with "loyalty points." The points can be redeemed for free Web traffic directed at a site of the users' choosing..... Since traffic is directed based on search terms, all traffic provided by the company is targeted.
Google got Indian competition - Kosmix New Kosmix Search Engine to Challenge Google Kosmix raises cash for a new search engine -- to compete with ... SiliconBeat
Who is behind Kosmix? Seattle Post Intelligencer
Gunning for Google VNUNet.com, Netherlands
Beating the Google search: a brief history Times Online, UK
Indians come up with Kosmix to challenge Google Sify, India
Start-up hopes to challenge Google San Jose Mercury News, USA
New Kosmix Search Engine to Challenge Google DailyTech, IL
Now for a healthier search Daily News & Analysis, India They missed buying Google twice. Now, Junglee co-founders Anand Rajaraman and Venky Harinarayan have founded a startup with dreams of matching the search giant..... The site claims to throw up better results on health topics. It searches the Internet to provide not only a link to sites for the related word but also divides it into various categories...... Larry Page and Sergey Brin, went to Stanford University with Rajaraman and Harinarayan...... “They are making an audaciously risky bet that they can crack the code on a vexing problem in search: finding the meaning, or at least the topic, of a web page” .... “What you can get with five minutes at this site is a hundred times what you can get at Google” Indians come up with reply to Google Indian Express, India