The Search Results, The Links, The Inbox, The Stream

I am not even that old, and I vividly remember when AltaVista was king.

The Inbox was not copyrighted by Hotmail.

The Stream has not been copyrighted by Twitter, so I was perfectly cool when Facebook went ahead and imitated Twitter. Of course they can do that. 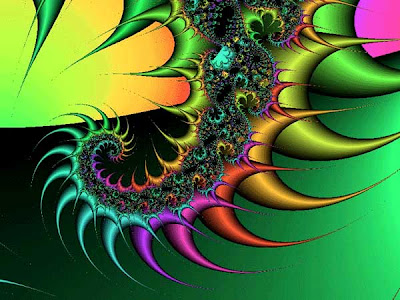 Fractal - Wikipedia, the free encyclopedia A fractal is generally "a rough or fragmented geometric shape that can be split into parts, each of which is (at least approximately) a reduced-size copy of ..." en.wikipedia.org/wiki/Fractal

Apple invented the PC. Microsoft invented that original rectangle: Windows 95. That was the peak year for Windows. Netscape slid in to suggest a browser is all you need. Google came to say, you don't even need a browser, you just need one site, a search engine, your gateway to all that there is online. Facebook came along to say you don't need the entire net, you just need people you know and you need to see the internet through that prism, let them filter it for you, it is too chaotic out there. Twitter came along to say people are important but not that important. All you need is bite size information, bite size communication. It is not who you know, since you can follow anyone you want. It is what you know, what you can know.

I guess you could start all over again with the mobile space, and claim, well, Apple went ahead and invented the iPhone all over again. So watch the drama unfold.

But about the big rectangle itself? What's next there? 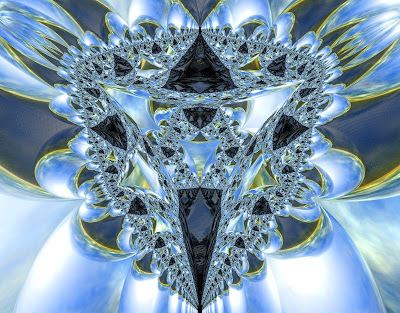 Right now I am more interested in posing the question than attempting an answer, although I guess I could take shots, make guesses, offer vagueness. Be nebulous. 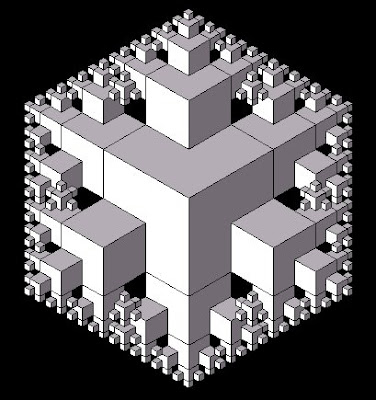 What is that journey from big, ugly mainframes to PCs to Twitter? Can it be argued that we have tried to get closer to the human dimension? And beyond? On Twitter, it can be argued we are at though process level. So it really is about people, right?

And if each human being is unique, the web is so much poorer for every human being who is not yet online. 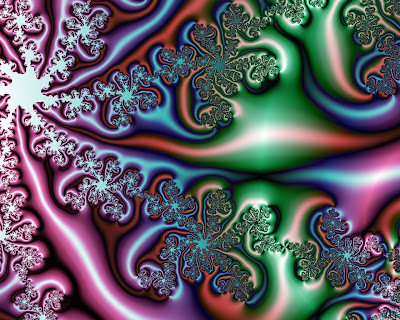 Image by Getty Images via Daylife 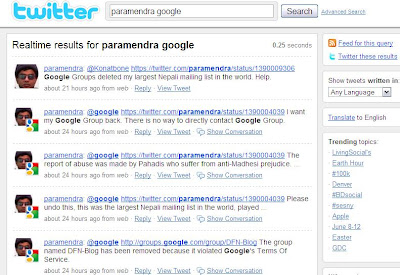 I moved to New York City to work on my tech startup, but got distracted for a few years by some urgent political work for Nepal, best work I ever did so far: the king of the country had pulled a coup, now we are a republic. Obama 2008 furthered the distraction, kind of.

But Nepal does not go away, Obama does not go away. 75% of the work on Nepal is done, 25% remains, only Nepal does not have to be my sole preoccupation no more. So recently I got into a little online discussion at a private online group. In the course of making my moves I went to check out my Nepal mailing list, the largest in the world. I hit a message that said the mailing list had been removed by Google. I panicked. There was no way for me to contact Google Groups directly.

So I wrote to Google directly on Twitter. And it worked like magic. My mailing list is back. It deserves to be. It played a key role in Nepal's democracy and social justice movements. 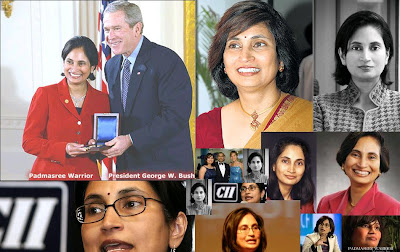 Cisco CTO Padmasree Warrior: "We're going to compete with HP. I don't want to sugarcoat that."

Looks like Cisco wants to do to data centers what Apple did to cellphones with its iPhone.

In this tight economy it is but natural that once partners will elbow into each other's space. But that is the cynical view to take. This is a story in innovation. As to how it will play out, we will have to wait and watch.

Tech companies like Amazon and Oracle have swam upstream in this dire economy. And now Cisco has come up with a major announcement. This will boost the morale of the larger economy. Otherwise it feels like there is bad news on every page of the newspaper.

Is Cisco really going to take on Apple? Not quite.

CNET News - ‎Mar 20, 2009‎
by Marguerite Reardon If you haven't noticed, Cisco Systems, whose products have been used to build the Internet for 20 years, has spent the past 6 years ...
CISCO ADDS TO MEDIA-ENABLED HOME WITH NEW LINKSYS BY CISCO DUAL ... Home Toys (press release)
all 2 news articles »

MacDailyNews - ‎12 hours ago‎
"Put me down as a skeptic regarding Cisco’s acquisition yesterday of Pure Digital, the maker of Flip video recorders. In fact, my first thought wasn’t ...

Home IBM Why Is IBM, Not Cisco, Buying Sun? 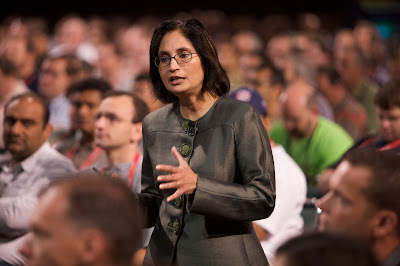 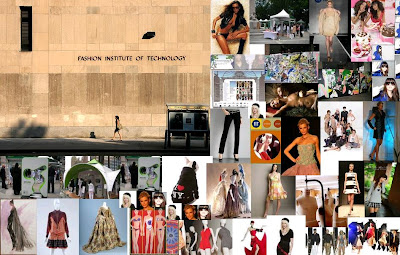 - Drop.io
- FourSquare
- KindlingApp Your org's democratic suggestion box. Ideas + Collaboration + Voting = Progress!
- enjoysthin.gs : A website dedicated to collecting and sharing things you enjoy.
- the 3 you vote in
- and Prof. Panos Ipeirotis from NYU talking about the EconoMining project. 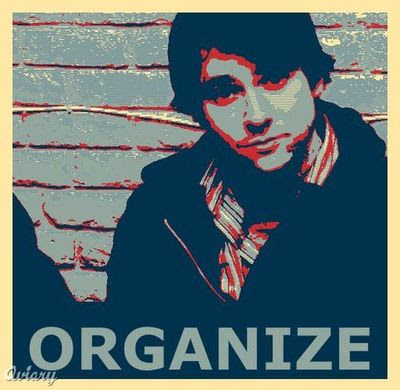 ooVoo - an incredibly easy way to have free, high-resolution, face-to-face video chats with up to 6 www.ooVoo.com
SpeakLike -- lets you email and chat with people who speak other languages. www.speaklike.com
Tigerbow - Tigerbow lets people send actual gifts to virtual places. http://tigerbow.com
ProCompare - Business Technology Recommendations, powered by a global community of IT professionals www.ProCompare.com

This was a new venue for the New York Tech MeetUp. The Diller building was razzmatazz. But this was a bigger venue, a better location, and nobody was pushing you out of the building as soon as the show was over. I paid cash so I had to wait. They did let me in right before the beginning, after having processed all those who paid online. 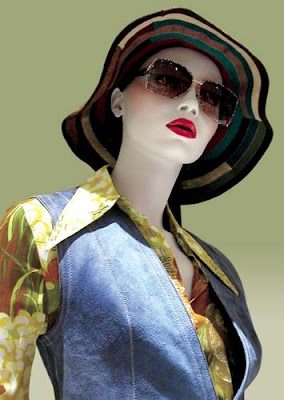 The presentations were great. The stage was great. Nate did a great job of hosting. Although I think he should say no to all announcement requests like Scott had decided to. Later I told him one one one, Nate, you are a public figure, one of the most important skills you will learn is to say no. He said, but if I were to say no to you you'd think I am a dick. I said you already said no to me, and I respected you for that. That was in reference to a funding advice I sought from him over email.

The presentations were great, but the mingling right after was greater, and the after party after that was the greatest. Thanks Alicia for buying me a drink, and thanks for the tip to go to the Sloan group on LinkedIn to try and get a MBA person. I shot out a few quick emails once back home.

I went from booth to booth afterwards and did the tech version of nice pin, nice tie. Met the guy who organized the Shorty Awards. That is for Twitter, for those of you who don't know. They just did the first one, now they will do it every year.

Most presentations tend to be dot coms seeking to add value in the online space. Some are going for ads, others are seeking to charge users for use. There were some remarkable applications on show. 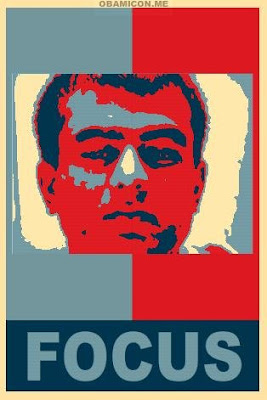