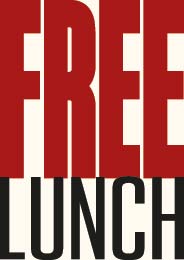 These are two killer ideas only Google could really do.

Google is king of search. And it is that search algorithm that allowed it to roll out its hugely profitable ad regime. It has changed the structure of the business.

Somebody had to do it. It might as well be Google.

Paying for internet access is a stupid proposition. It is a waste of society's resources.

Paying to talk to someone is also another stupid idea. Once you have a city bathed in free, wireless broadband, it is only a small step from there to someone launching the little hardware and software that will turn phone calls free.

Time is money. Phone calls are not money. People should have to think if they want to spend that time on that phone call. Money should be a non issue.

It drives me nuts that Google has not made pay per view video possible for the masses, for people like me. I am waiting to launch a career based on that one.

Google already knows how to because it has done it for the big media companies. So if it is not doing it for the masses, it is because they are acting stupid.

They do not realize how it will fundamentally alter the TV viewing landscape. I think it will end up as big a source of revenue for Google as its ubiquitous text ads, or maybe second only to ads.

There is no way the big TV stations, or cable can reach out to what I call fragmented markets, small audiences that are only a few hundred, or a few thousand strong.

I feel like if Google were Microsoft with Windows, I am one of those programmers who write programs that run on Windows. Google has come to mean so much for my political career.

Or make an exception for me.

How To Beat Google

The market will simply have to invent its way away from Google: a better search engine.

Or some company could license the Google ads and do a better job of free, wireless broadband.

Pay per view video for the masses. Now any company could do that today. It is simple to do. But noone is doing it. Why?