Paul Graham Is Not That Innocent

Let me state the obvious first. I am a huge admirer of what Paul Graham has built in Y Combinator. And I have drawn enormous inspiration from many of his essays on tech startups. And it was an honor to once get featured in the same BBC article as Paul Graham and Brad Feld. (Paul Graham, Brad Feld, Me, BBC)

And now let me get to the topic at hand. Yes, Paul Graham was misquoted. But that does not change the fact that Paul Graham is guilty of sexism just like I am. I would not accuse him of extreme sexism. I might save that for a ton of men in India. But guilty he is. Why do I say that?

You were there when girls around you were 13. If you did not see sexism then, then you were willfully blind. You very well participated in it. Sexism starts early. Young girls feeding on sexist media do weird things with what they eat. That is sexism.

I don't think there is something fundamental about men and women that makes men head for STEM. Once girls get hit by the pot of sexism early on, they kind of lose their balance, and they end up making weird choices like not going towards STEM with greater gusto than they do.

Paul Graham wondering as to why 13 year old girls don't code more is not exactly like Newton wondering why the apple fell on his head. But sexism IS social gravity. It is all pervasive and all powerful, and all men participate in it, it is only a matter of degree, some more, some less, but we all do.

Sexism is really cutting edge, as is racism. It is as if not more cutting edge than the Internet itself, only the Internet is technology and communications and commerce, sexism and racism are social. It is like I am at this Internet Society event, Vint Cerf and Tim Berners-Lee on stage. And I was and am a huge admirer of the guys. I literally think of the Internet as a new country, a feeling further enforced by a recent Indian Supreme Court decision that is blatantly homophobic. (Homophobia is sick, okay?) And I ask my question of Tim. If the Internet is a country which of you is George Washington, which is Thomas Jefferson? Tim gets offended and says "different race" in an unpleasant way. And I am like, I don't believe this motherfucker. And I made a "mad scientist" remark. (Tim Berners-Lee: The Internet Is Not A Country)

Paul Graham said recently something about "heavy accents," and there he was not misquoted, and I thought that was a racist thing to be saying.

Fred Wilson: Girls Who Code
Paul Graham: What I Did Not Say
Taylor Rose: Girls Haven’t Been Hacking for the Last 10 Years 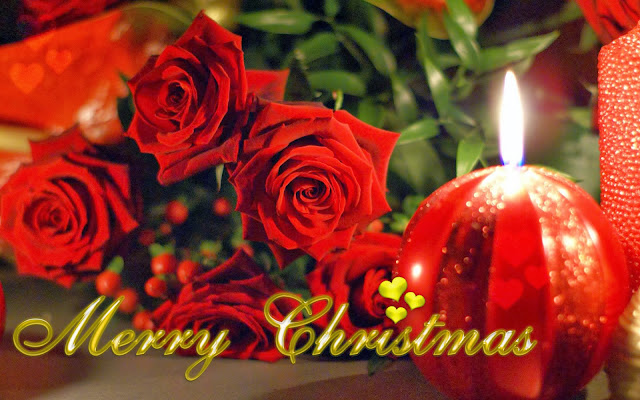 I did not see Snapchat coming, like I did not see Pinterest coming. They came out of nowhere and took over the world. Snapchat is an app where photos you share self-destruct after they have been viewed. Top names have tried to buy it, a recent offer was over three billion dollars, but the Snapchat founders refused. Obviously they feel like they have something fundamental at hand. Yahoo also tried to buy Facebook for a billion dollars at one point. Look where Facebook is today.

The image is being done and redone by app after app. I guess our sight is our most powerful sense. And we cannot get enough of pictures.

On the face of it the idea is fairly simple. Anybody could have done it. Pictures don’t get stored like on Facebook or Instagram. Pictures that destroy themselves are a guarantee you will have your privacy. You don’t have to worry about embarrassing pictures. You don’t have to be image-conscious while sharing.

Snapchat has caught much momentum among teenagers, many of whom think Facebook might have gone out of fashion.

The app economy has caught on. It was an industry that did not exist when we did not have smartphones. Steve Jobs almost did not allow external apps to populate his iPhone. But then he made a last minute decision to make space. And now you have a whole bunch of very well valued companies, and all they are are apps on the phone. They have no web presence. They seek no web presence.

Mobile is as fundamental a phenomenon as the Internet itself was when it showed up for the masses. And the mobile is just getting started. It will be a really big deal when say six billion people have mobile internet. That is almost 100% penetration. At that point the mobile phone will transform many aspects of modern life, including politics, non-profit work, poverty alleviation, and so on. Apps will become more not less important.

I once said to a client. You can build an app for less money than it might take to launch a paan dokan in Jackson Heights, but if it takes off you can overtake Patel Brothers in terms of how much you end up making. Sometimes apps take off. Many times they don’t. But not every app has to end up worth a billion dollars. I think there is room for a lot of middling apps. If you built an app for 20K, and sold 50,000 of it for a dollar each, that is a good margin. 30K is not a billion dollars but it is something.

When Instagram got bought by Facebook for a billion dollars, it had not made a dime in revenue. But I don’t know anyone serious who thinks the deal was not a clincher. Not bought Instagram might have given Facebook itself some competition.

Like photos mobile based messaging also has seen a lot of activity.

I have tried Snapchat, but I don’t use it myself. I get the concept but it is not part of my daily usage any more than Instagram itself is. Actually I quite like Google Plus for my photo app. Pictures taken on my phone get uploaded automatically. And sharing is easy to do. I can capture photos and videos. The ease of upload and share clinches the deal for me. I am a quantity photo taker. I am a point and shoot kind of guy.

Ephemeral socializing is quite the hallmark online. It can be argued Snapchat is just another social media platform.

The snapchat concept can be applied across many domains, many ideas and many use cases. Data you destroy will not be stolen, will not be compromised. There is a freshness to that destruction. Like we say in Nepali, hinddai chha paila metdai chha. A boat does not leave footprints in the water. Snapchat does not leave pictures scattered around in cyberspace.

That begs the question, as it always does. What’s next? What’s the next Snapchat? What’s the next Pinterest? There always is a next one. And it likely will not be obvious until it is already here, and feels simple and obvious.

I happen to think Gigabit broadband will bring forth a whole new family of apps, this time around video. But Gigabit mobile broadband, sadly, is not right round the corner.
at December 14, 2013 No comments:

Email ThisBlogThis!Share to TwitterShare to FacebookShare to Pinterest
Labels: snapchat

Internet Of The Planets And Moons

It is always amusing to me when I read about inter-galactic travel. Light has a hard enough time traveling from one end of the universe to the other end. Who are we? We are overweight humans struggling with nutrition issues.

Even if we were to somehow manage to speed up enough to reach the nearest galaxy we would zoom right past it. How would you apply the brakes?

Recent observations have shown there are perhaps 40 billion earth like planets just in the Milky Way, our home galaxy. I think that makes it a statistical certainty that life does exist elsewhere besides on Earth. It is possible even intelligent life exists out there.

But the laws of physics tell us human travel across the stars perhaps will not happen. What instead we can hope for is that we get better and better at reading signals that come to us. We could send more probes to the planets and the moons in our solar system. We might even send out robots.

Instead of inter-galactic human travel, I think the goal ought to be an Internet of the Solar System, one to which we keep adding satellites and probes and robots. The Internet of Things populated with robots might even allow us to mine space to quench our thirst for energy and minerals. 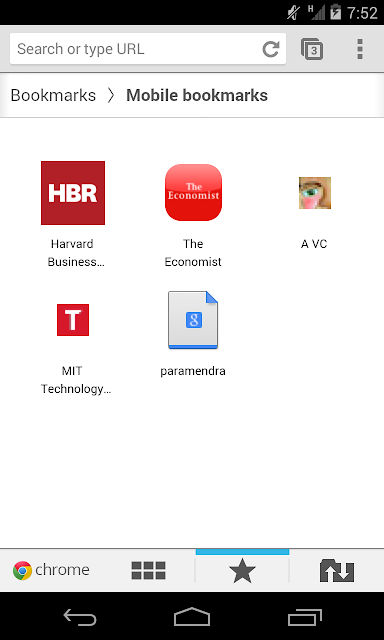 In honor of one of the newest additions to the Oxford English Dictionary - selfie - I have gone ahead and created a photo album by that name. I think you should do it too! 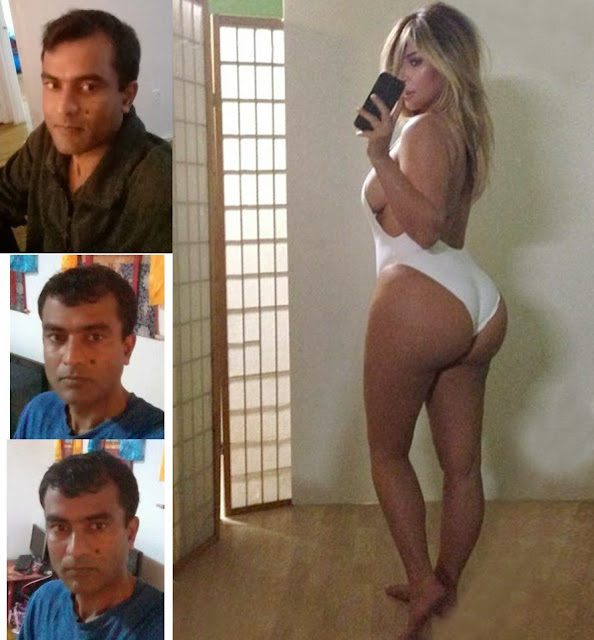 Email ThisBlogThis!Share to TwitterShare to FacebookShare to Pinterest
Labels: selfie

It can be argued the world of social media is helping us gradually bring down the number on the famed six degrees of separation that separates everyone from everyone else. If people connect and share more, among people they know, among people they don't know yet, as shared interests and activities are discovered, as people interact more, that number goes down. Right? I think so.

One thing I have noticed on Highlight is when you come across a "stranger" the app tells you have so many common friends and shared interests, data it pulls from your Facebook profiles. The shared interests part is intriguing to me. I still wish AirTime had taken off, because people would talk more. A Skype based "AirTime" might be a better idea than the video based attempt. But is Skype giving API issues?

There are downsides. You can end up with flame wars. People can act nasty online. I am so glad the game Ingress a few days back added the capability for you to be able to block users in the COMM, the Google game's public chatroom, if you will, (although I have uninstalled the app from my phone, but there are still close to 150 portals in the city that bear my name.)

Social media taken to new heights could do for world peace what heads of state holding summits could not. Trade and travel are major peace moves. More people interacting more often leads to a general increase in welfare overall. I think that statement is but common sense.

Facebook Groups should add elements of democracy to it. A group should be allowed to elect its leadership, and vote on issues. I am surprised that feature has not showed up yet. A lot of organizations would thus engage in Facebook voting. Heck, that feature would get really interesting for groups with a million members or more. Skype enabled conference calls for Facebook Groups would be another positive addition.

You have Snapchat for friends. What about Snapchat for strangers? Or a public Snapchat? Photos still destroy themselves, but the world saw it first. And a board for the most popular snaps perhaps?