Fully Filling Out My LinkedIn Profile

I signed up for LinkedIn not long after it was launched because I read about it in the news. But I have never been much of a user. Two days back I decided to add many more details. For the first time I might have a full profile. Although it has technically been full the entire time.

Chris Dixon once said people thought he had a "strange" resume. I might have one of those. Omitting details makes it stranger. So I decided to add details going back as far as I could.

LinkedIn has been defying gravity as a post IPO company. Good old fashioned revenue helps. Their revenues have doubled every quarter since they went IPO. And that is why they still have an outlandish P/E ratio. At LinkedIn corporate salespeople are considered as important as engineers. Most of their money comes from charging big money to recruiters. LinkedIn is recruiting on steroids.

While you are at it, go read this article.

Why Is The Google Phone Expensive?

Google is about to hit the tablet market with something priced around $200. That'd be an explicit competition with Amazon, not Apple, but you get the point.

To start at $38 and end up at $27 is a fiasco to the tune of about 40 billion dollars. To climb back up to $32 is good news. Maybe Facebook is not all hat no cattle. Maybe something is going on. I was not aware of the Nasdaq technical glitch of day one. I was thinking that one, America is nowhere close to going back to a 5% unemployment rate, the structural damages done to the economy have not been fixed yet, and two, the market does not think of dot coms as darlings that deserve P/Es of 100. It wants P/Es that are more like 20 or 50.

But then LinkedIn kept defying gravity at P/Es in the 900 range. Facebook hammered Zynga and other sexies like GroupOn but not LinkedIn. What gives? LinkedIn earnings have doubled every quarter since it went IPO. But is that sustainable? For how long? You can watch me move at two miles per hour. Then I can do four miles per hour. But how far can you extrapolate that?

Before the Facebook IPO I said the company will hit $200 billion in market cap in less than five years. A week after the IPO I said it might go in the $20-25 range before starting a slow climb up. I am glad it did not hit 25.

Even Paul Graham was saying the time for lofty valuations for tech startups was over. The Facebook fiasco was reflecting upon the entire industry. Good thing the blip lasted only a few weeks. I am standing by my $200 billion statement.

Funny, Pinterest is going into ecommerce before Facebook is. Facebook is very well positioned to do payments. It could give serious competition to PayPal. What will it acquire next? Dwolla?
Read more »
at June 27, 2012 No comments: 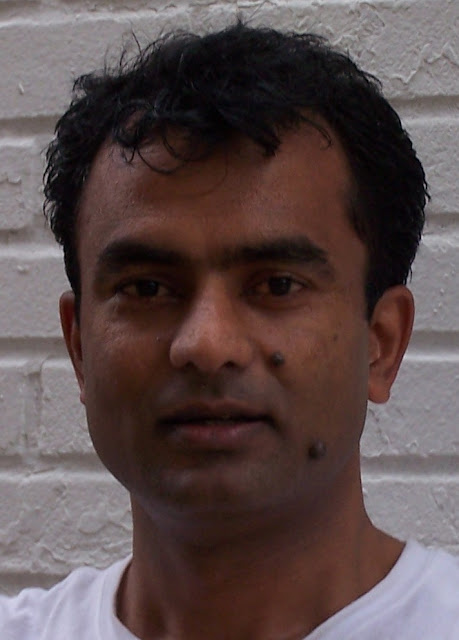 In The Subway I See Movie Stars

Have I not seen you
In some movie or the other
Although your name escapes me
I don't watch TV
So if you are on TV
I'd not even recognize you
I did not recognize Ann Curry
Or maybe you just look
Like a movie star
You, woman
You, New Yorker
Not giving her seat to a man
During rush hour

Maybe you just look like one
You, New Yorker