BITCOIN IS DOWN REALLY, REALLY BAD SURELY NO ONE COULD HAVE PREDICTED THIS. Bitcoin continues to tumble down, down, down. ....... Bitcoin’s latest crash is still far from its lows last summer, when it plummeted to around $30,000 from a high of $60,000 (it’s currently hovering around $38,000).

THE “DOOMSDAY GLACIER” IS IRREVERSIBLY MELTING, RESEARCHERS SAY "IT COULD FALL APART QUICKLY, IN DECADES." the West Antarctica ice shelf could melt in as quickly as a few decades, unleashing the inland ice it holds back into the ocean and raising sea levels by several catastrophic feet. ...... Just as the Thwaites may unleash inland ice into the ocean — much like a cork pulled from a bottle — others are dumping concerning amounts of fresh water near penguin populations. ...... iceberg A-68a was the world’s largest before it shattered into nearly a dozen mini-bergs. ........ The busted-up A-68a flushed about 162 billion tons of fresh water into the ocean near the penguin habitat, which could effect temperature, environment and marine life in unexpected and deadly ways. ........

Save the penguins, and save ourselves.

Hydrogen and lower emissions can push China to carbon neutrality, report says Royal Dutch Shell report suggests focusing on hydrogen, biofuels and carbon-removal technologies ...... China’s 2060 target is challenging but creates opportunities to be a global leader in low-carbon manufacturing, Shell International’s chief economist says ........ In Britain this winter, production of green hydrogen was already cheaper than that of grey hydrogen (produced from fossil fuels), because of a spike in natural gas prices in Europe.

Big Tech beware: Asian creators are rewriting the future with Web 3.0 The proliferation of blockchain and NFTs is decentralising the web, allowing creators to monetise their connections without depending on Big Tech social media platforms What gives Asian creators the edge over their Western counterparts is not just their numbers – it’s also the readiness of Asian audiences to embrace Web 3.0’s new, immersive experiences .......... More than 50 million people globally consider themselves creators ...... this ecosystem is transforming rapidly with the arrival of “Web 3.0”. ......... If Web 1.0 was the beginning, where we consumed content passively on the internet, and Web 2.0 gave us the power to create that content and share it, then Web 3.0 is the decentralised web – flipping the platform-centric model on its head,

. ........... Internet penetration may have reached critical mass later than in the West but Asia’s digital landscape has grown quickly into a vibrant, engaged and innovative space. ........ Asian tech platforms and users are adept at developing apps that serve local audiences’ needs better than Silicon Valley equivalents, from WeChat and Line’s evolution into payments and e-commerce to Grab’s pioneering service fulfilment. .........

The meteoric rise of Beijing-based TikTok owner ByteDance also shows how Asian-led innovations are rivalling the dominance of companies such as Meta, YouTube, Twitter and Netflix.

The Metaverse Is Money and Crypto Is King—Why You’ll Be on a Blockchain When You’re Virtual-World Hopping . In the beginning, Web 1.0 was the information superhighway of connected computers and servers that you could search, explore and inhabit, usually through a centralized company’s platform—for example, AOL, Yahoo, Microsoft, and Google. Around the turn of the millennium, Web 2.0 came to be characterized by social networking sites, blogging, and the monetization of user data for advertising by the centralized gatekeepers to “free” social media platforms, including Facebook, SnapChat, Twitter, and TikTok. ......... Web 3.0 will be the foundation for the metaverse. It will consist of blockchain-enabled decentralized applications that support an economy of user-owned crypto assets and data. ....... Blockchain is a technology that permanently records transactions, typically in a decentralized and public database called a ledger. ....... This decentralized recording system is very difficult to fool or control. Public blockchains, like Bitcoin and Ethereum, are also transparent—all transactions are available for anyone on the internet to see, in contrast to traditional banking books. ........ the blockchain allows you to own digital goods in a virtual world. ....... Different groups will build different virtual worlds, and in the future these worlds will be interoperable—forming the metaverse. ........ The decentralized nature of blockchain will potentially reduce the need for gatekeepers in financial transactions, but companies will still have many opportunities to generate revenue, possibly even more than in current economies. Companies like Meta will provide large platforms where people will work, play, and congregate. ...... a seemingly ubiquitous virtual future that is coming soon to a ‘verse near you. .

Habitat for Humanity Is Using 3D Printing to Build Affordable Houses . Over the last year home prices have skyrocketed (along with prices of almost everything else), leaving millions of people unable to afford to move or to change their housing situation. ........

the US has a housing supply shortage of 3.8 million homes

After First Pig-to-Human Heart Transplant, Scientists Aim to Make It Routine . The surgery brings xenotransplantation—transplanting organs between species—from a wild science fiction dream to reality. It’s a milestone that paves the road for more people to receive animal organs, making up for donor organ shortages ....... In 2021, we got a first answer. A kidney grown in a heavily genetically edited pig was transplanted into two people who were legally dead without brain function. The kidneys functioned normally for more than 50 days while the recipients were on life support. ...... Once removed, the heart is bathed in a bubbling, circulating bath chock-full of hormones, nutrients, and cocaine ....... a pig’s resting heart rate is roughly 90 beats per minute, which is on the high range of a healthy human heart. ......... pigs are surprisingly intelligent creatures that, unlike human organ donors, have no say in the process .

A UK Startup Is Building 200 Flying Taxi Hubs Around the World . a British startup called Urban-Air Port, which has plans to build 200 hubs for flying taxis in 65 different cities over the next 5 years. ........ a near future where air taxis glide across city skies in much the same way rideshare vehicles zoom around city streets. ......... an Urban-Air Port is 60 percent smaller than a traditional heliport, can be installed in days, can be easily relocated if needed, and is net-zero on carbon emissions........ global urban air mobility market will reach a value of $12.4 billion by 2027, almost double its 2020 value of $6.4 billion . 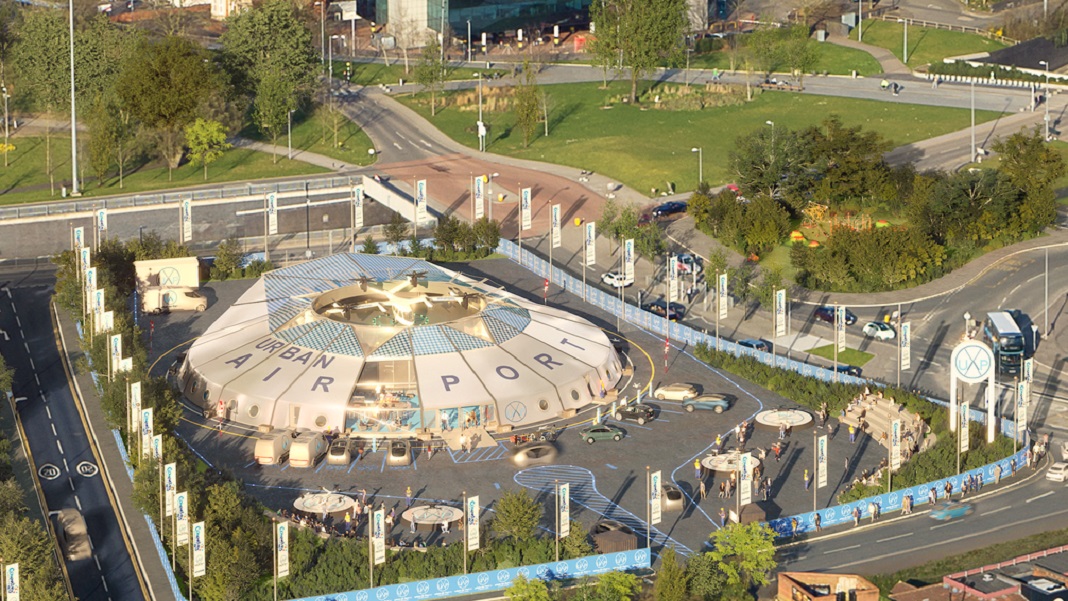 Meta Is Making a Monster AI Supercomputer for the Metaverse . Meta is building a new supercomputer to train enormous machine learning algorithms. ........... the AI Research Supercluster (RSC) already ranks among the most powerful machines on the planet. When it’s finished, the company formerly known as Facebook says it will be the fastest AI supercomputer anywhere. ...... Meta hopes RSC can improve their products by training algorithms that better surface harmful content. Further out, the company says advances might enable

real-time language translation between tens of thousands of people online

and multitasking algorithms that can learn from and generalize across different inputs, including text, images, and video. ......... tech’s biggest players—from Meta to Alphabet and Microsoft—deem it increasingly crucial to be competitive in cutting-edge AI. ........ a trend towards ever-bigger machine learning algorithms requiring greater computing resources and bigger data sets. ......... Google and Chinese researchers each built algorithms with over a trillion parameters. ...... the installation will grow to include 16,000 GPUs and an exabyte of storage—equivalent to 36,000 years of high-quality video ......... Once complete, Meta says RSC will serve training data at 16 terabytes per second and operate at a top speed of 5 exaflops. ........ the industry uses a benchmark called floating-point operations per second—or more colloquially, flops—which measures the number of simple equations a supercomputer solves each second .......

Large language models, in particular, also tend to pick up all manner of unsavory habits and biases during training.