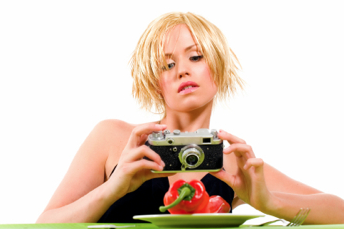 I am most definitely going to Austin next year. It's a done deal. A startup I have been rooting for - FoodSpotting - looks like had a field day Sunday. 4,000 showing up for one event: it is called the street smart way of becoming the number one event at the Kumbh Mela of tech. Were they the number one event? I don't know. But 4,000 is a large number, no matter how you measure it.

There were so many launches and relaunches this year at SXSW, this magic number - 4,000 people - alone gives FoodSpotting an edge. They get to go home and claim this year - SXSW 2011 - was FoodSpotting's year. If those 4,000 people downloaded the app as they munched, this is going to be the year the service crosses the 2-3 million download mark. Three million would be half way to FourSquare. Two million would be on par with Instagram.

I missed out. I should have been there. Streets are my kind of thing: I love parades in Manhattan. Food trucks excite me. I would have walked up and down the whole space saying hello to as many people as possible. I might have even skipped the food for that. This event was custom made for me. Outdoors? Did someone say it was outdoors?

I said this after Social Media Week, and I am saying this again after SXSW: FoodSpotting + Food Trucks + Android = Good Stuff. I might repeat myself after Internet Week. Last year I kinda missed out on Internet Week. Well, World Cup Soccer was on.

CNN: Hit iPhone app finds the foods you crave: an app that lets you cut through noise and find exactly the right thing at the right time ..... Foodspotting became one of the buzzy startups that emerged from the fray at South by Southwest (SXSW) in 2010. A year later, the app now has more than 700,000 iPhone users. ..... a more visual, natural way to discover things, instead of reading a bunch of reviews ..... a parking lot filled with food trucks ..... it's tough to find good food around the convention center that's the epicenter of SXSW. ..... help convention attendees discover great local food. ..... the crew hopes to capitalize on flash deals. ..... plans to let restaurants advertise their daily specials within the app. .... "Our goal is to really catalogue all new foods in the world and where to find them."

Wired: Foodspotting Turns Up Heat on Austin’s Food Trucks: Foodspotting, a website–app–visual aid that gives starving diners a peek at the best nearby eats..... the city’s true food gems aren’t always obvious to the untrained eye ..... Foodspotting, which launched last year and has been growing almost as fast as the food truck–cart craze taking off in many cities, is also hosting a Street Food Fest on Sunday to bring Austin’s best chow trucks together to a single location. ...... Foodspotting, which is up for a SXSW Interactive award in the Community category, curated its mobile-food-fair participants with an eye for diversity and overall Austin-iness ...... Austin pairs an extremely creative food palette with a fair share of techies, the food truck–trailer scene has boomed in the city ..... Since Foodspotting focuses on creating user-generated, Denny’s-menu-style photo collections of a particular restaurant’s cuisine instead of just written reviews, the service may encourage SXSW attendees to try eateries they normally wouldn’t ..... “I think Foodspotting is definitely a really cool site for connecting people with the actual place and dishes,” Umlas said in a phone interview. “Being a chef, I don’t really take everyone’s opinion into much regard, but a picture’s worth a thousand words and being able to be like, ‘I have this awesome food in front of me, check this out!’ — that means a lot more to me.” ...... “You can immediately discover foods you never imagine existed.”

I want a FoodSpotting for people. I want to be able to discover people as easily as you can discover food through FoodSpotting.
at March 15, 2011