So far I have always totally ignored comments on YouTube. They tend to be very low quality, and let me not even get started on the out and out flame wars. But this changes things. This is a great leveraging of Google Plus.

Rediscovering Disqus has been a pleasant experience for me. I had it. Then I walked out on it by default when I changed my blog's template. Now I have it again, and I am so glad I do.

Blogging is my favorite online activity. Makes for an active reader. And it is more than knowledge. You meet and get to know interesting people. The comments sections at blogs were an afterthought before Disqus came along.

And the new and improved Disqus beats the big dogs like Google and Facebook in the blog comments space. Both of them are innovative companies doing a lot but Disqus still beats them in the space. It is because Disqus' intensity of focus is greater. Disqus does one thing and one thing alone, and it does it very, very well.

Just like a ton of people who you could never convince to blog became happily active on Twitter, Disqus provides an outlet to people. You don't have to blog to comment. Commenting is legit. You don't lose track of your comments.

Like my new friend Michael Hazell, I met him through Disqus. Today he replied to a comment I had left at Fred Wilson's blog a few days back. It felt like randomly bumping into a friend. And, as of today, I don't even know what he looks like.

Adding Disqus To My Blog Was The Easiest Thing
Should I Get Disqus For My Blog?

This blog post has 16 comments. I am so glad to have installed Disqus earlier. I was so missing out for not having Disqus at my blog. But better late than never.

Adding Disqus To My Blog Was The Easiest Thing
Should I Get Disqus For My Blog?

Should I Get Disqus For My Blog?

I had it. I did not need convincing. And, Fred Wilson, my favorite blogger, was doing it. So. But then when I changed my template at Blogger.com where my blog is hosted (I am a Google fanboy) I did not bother adding Disqus again. I was not getting that many comments in the first place.

But now I am thinking about adding it again. Disqus is the leader of the pack. Noone does commenting better. And now that Disqus allows you to sign in with Facebook Connect, one major advantage Facebook Commenting had is no longer there.

I am strongly considering reinstalling Disqus at this blog.

I so appreciate blogs that have Disqus. Leaving comments is easy, and it is easy to track those comments should they generate replies. So if it works for me as a reader of other peoples' blogs, it perhaps will work for my readers.

The new and improved Disqus has really taken commenting at blogs to a whole new level. It was good enough originally but the new one is so much better. The little engine that could. Google is far behind in the arena and Facebook now no longer has obvious advantages in the space. And these are two companies that do not get accused of having become "Microsoft." I mean, they move pretty fast when it comes to innovation.

There is a lesson in there. If the intensity of your focus in the space is bigger than that of a big company, you will beat the big company. 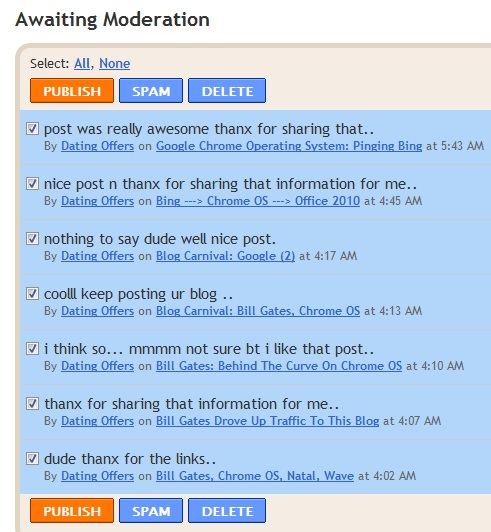 Image via CrunchBaseI got excited about Facebook Comments right away, long before it got rolled out. I am very much for using real names with comments. When you leave a comment at my blog, I want the option to be able to click over to your Facebook profile if I want to. I want you to stand by what you have to say. I want to meet real people. To me that's the whole point behind the internet, that geography is irrelevant. The blogosphere's appeal is that it allows for a meeting of minds. Facebook Comments takes that to a whole new level. It is more than meeting of minds, it is also meeting real people.
Read more »
at March 07, 2011 1 comment:

Image via WikipediaFacebook Messages got touted by the media as the Gmail killer. Well, I have been using it, it is great, but it is no Gmail killer.

I have not used the Facebook Comments thing yet that you are supposed to be able to have added to your blog, but I am liking the description of it. I think Facebook nailed it.
Read more »
at March 01, 2011 1 comment:

Caroline McCarthy: Facebook's next big media move: Comments: Facebook is planning to launch a third-party commenting system in a matter of weeks ..... This new technology could see Facebook as the engine behind the comments system on many high-profile blogs and other digital publications very soon....... it's an obvious and direct competitor to start-ups that provide commenting technology, like Disqus and Echo. With Facebook Places adopting much of the "check-in" methodology that smaller competitors Foursquare and Loopt offer, and Facebook Questions operating in the same space as Quora

On the other hand, I really like the idea of comments sections at blogs where people necessarily have to use their real names. I think that would enhance the quality of comments.
Read more »
at February 01, 2011 No comments: 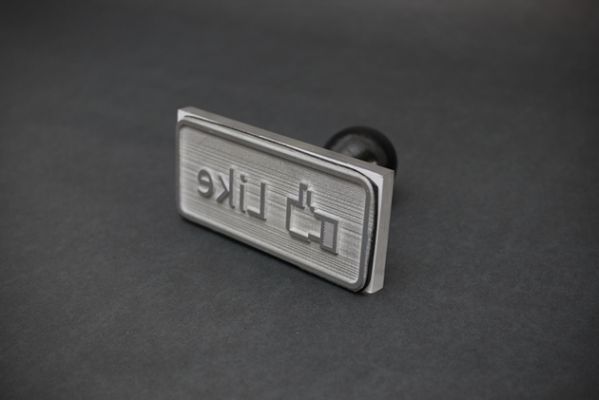 ReadWriteWeb: I Like to Dislike! Facebook Introduces Comment Voting, Threads: now allows users to up- and down-vote other comments ..... comments are not only threaded, meaning each user can reply directly to another user, but more information is shown on each person, including their job and company, or network, and their comment record. The system also allows for up- and down-voting ..... Each comment begins with one point and a vote up or down raises or lowers that rating by a point. .... your comment stays at the top, so you can manage your comment and conversation ..... the move certainly encroaches on the territory of commenting systems like Disqus, Echo and Intense Debate. .... with more active posts rising to the top and negating the usual newest to oldest order. Allowing users to vote on posts and on individual comments could really alter the entire dynamic of Facebook.

It was only a matter of time. I knew something like this was bound to happen. The like button was going to be more sophisticated. And it is getting there. The open graph just became more useful. Facebook comments just became more useful. Now it has become more possible to navigate updates that might collect hundreds of comments. This is called scaling.


The Facebook Blog: More Ways to Stay Secure: If you have any concerns about security of the computer you're using while accessing Facebook, we can text you a one-time password to use instead of your regular password. ..... Simply text "otp" to 32665 on your mobile phone (U.S. only), and you'll immediately receive a password that can be used only once and expires in 20 minutes. ..... the ability to sign out of Facebook remotely