For a guy who has never owned a television, YouTube will do the trick.

Streaming the Olympics: How YouTube and NBC do it


3,500 hours of live coverage from the event on the web and through native apps .... A partnership with the IOC put YouTube in charge of the online video feeds for 64 countries in Sub-Saharan Africa and Asia, including India, Singapore, Kenya, Ghana and Malaysia. ...... “We are using the backbone of a pretty scalable video delivery network”

The Olympic Games are quite a celebration of humanity. I want the next World Cup on YouTube as well, live as well as archived. .


She tweeted, “with so many Africans in Greece, at least the West Nile mosquitos will be eating food from their own home.”

Free speech is protected but racist tweets bringing social ostracism is a good thing. This was a good move on the part of the nation of Greece.

Bathymetric/topographic map of the Arctic Ocean and the surrounding islands (Photo credit: Wikipedia)The ocean route might make sense for inter-continental destinations, but I think air is still the best option for dense cities.

ExtremeTech: $1.5 billion: The cost of cutting London-Toyko latency by 60ms


the first ever trans-Arctic Ocean submarine fiber optic cables ...... a smattering of branches that will provide high-speed internet access to a handful of Arctic Circle communities ....... All three cables are being laid for the same reasons: Redundancy and speed. As it stands, it takes roughly 230 milliseconds for a packet to go from London to Tokyo; the new cables will reduce this by 30% to 170ms. This speed-up will be gained by virtue of a much shorter run: Currently, packets from the UK to Japan either have to traverse Europe, the Middle East, and the Indian Ocean, or the Atlantic, US, and Pacific, both routes racking up around 15,000 miles in the process. It’s only 10,000 miles (16,000km) across the Arctic Ocean, and you don’t have to mess around with any land crossings, either. ...... The massive drop in latency is expected to supercharge algorithmic stock market trading, where a difference of a few milliseconds can gain (or lose) millions of dollars. It is for this reason that a new cable is currently being laid between the UK and US — it will cost $300 million and shave “just” six milliseconds off the fastest link currently available. The lower latency will also be a boon to other technologies that hinge heavily on the internet, such as telemedicine (and teleconferencing) and education. Telephone calls and live news coverage would also enjoy the significantly lower latency. Each of the fiber optic cables will have a capacity in the terabits-per-second range ..... Currently, almost every cable that lands in Asia goes through a choke point in the Middle East or the Luzon Strait between the Philippine and South China seas. If a ship were to drag an anchor across the wrong patch of seabed, billions of people could wake up to find themselves either completely disconnected from the internet or surfing with dial-up-like speeds. The three new cables will all come down from the north of Japan, through the relatively-empty Bering Sea — and the Arctic Ocean, where each of the cables will run for more than 5,000 miles, is one of the least-trafficked parts of the world. That said, the cables will still have to be laid hundreds of meters below the surface to avoid the tails of roving icebergs

New Scientist: Fibre optics to connect Japan to the UK – via the Arctic


In mid-August, construction should start on the first submarine fibre-optic cables to cross the Arctic Ocean ....... The longest of these links will become the world's longest single stretch of optical fibre. ....... the biggest threats to cables in warmer waters: fishing trawlers and ships' anchors ........ Reduced transmission time will be a boon for high-frequency traders who will gain crucial milliseconds on each automated trade. Optical amplifiers will boost signal strength every 50 to 100 kilometres. The firm also plans to drill a tunnel 40 metres deep to take a shortcut through the Boothia isthmus in the Canadian Arctic ....... Isolated Arctic communities will also be connected by extra sections of cable that branch off from the main one. ........ "choke points" such as the Luzon strait near Taiwan, the strait of Malacca between Indonesia and Malaysia, and the crowded and politically unsettled Middle East. ....... Ships must be built to withstand the pounding of ice as well as waves. ...... Icebergs can plough more than a metre into the ocean floor, endangering cables. Greenland's icebergs extend to depths as great as 170 metres below the sea surface, so Arctic Fibre will lay cable at least 600 metres deep in the Davis strait, where icebergs are most likely. The underside of sea ice also has ridges, or "bummocks", that reach depths of 18 metres, so Arctic Fibre aims to stay at least 50 metres down.


The climate change-induced retreat of Arctic ice has had one positive effect. The Arctic Ocean is now sufficiently navigable that cable-laying ships will be able to plant undersea cables directly linking London with Tokyo. ...... 6 pairs of fibers with a 1.6 Tbit/s capacity per pair will be laid, and minimum latency between London and Tokyo will be 76.58 milliseconds.

20 Startups From The London Web Summit

Reading through this list and descriptions makes you feel like tech startup possibilities are as fertile as ever. It is amazing what some of these companies are attempting.

Fred Wilson: The Word Bubble: There will come a time when the environment we are in will be in the rear view mirror. And entrepreneurs should be crystal clear about that. This is a time to raise money and sock it away for a rainy day. Because it will rain. ...... deals are actually companies and most venture investments are held for five to seven years. I've likened them to marriages over the years. Don't let the lust for the deal lead to a bad marriage that you have to be in for the next decade. ...... we are in the glass is half full part of the cycle. Investors are focusing on the upside and ignoring the downside. That part of the investment cycle lasts for a while and then things change and investors focus on the downside and ignore the upside. Markets are defined by greed and fear. We are in the greed mode right now

I will have to agree. A lot of people sat on a lot of money for about two years. But money does not want to sit still. Money wants to grow. And right now it feels like the basketball that was held at the bottom of the pool was let go. It is not going to end at the surface. It will eventually. But first it will go into the air a little. We are in the air a little phase.

Image via WikipediaMore people from Nepal died in the two world wars than people from any non warring country. The Nepalis fought on the side of the British. The feudal rulers of Nepal kept the British in India happy by supplying soldiers.

When Thatcher invaded the Falkland Islands in the 1980s, the Gurkhas were at the forefront of the swift victory. It is said they ran with their knives/khukris, not guns.

The politics of fighting for another country is another topic. And I have my views. But for now, here's a joke.

This was World War II. The British were busy defending themselves in Burma. One Gurkha got lost in the jungles of Burma in the north. After long weeks of walking he finally showed up in the capital city of Rangoon, down south. He was asked, how did you do it? How did you make it all the way to Rangoon?

"That was not a problem, Sir," the Gurkha soldier replied. "I had a map."

The officer took a look at the map. The guy had a really old map of London with him.
Read more »
at February 25, 2011 No comments:

This is the first I am learning of JP's move from British Telecom to Salesforce.com. JP, of course, is the guy who introduced me to Twitter. According to WeFollow.com, I am number 52 in NYC on Twitter.

Assange: An Information Bin Laden? I Think Not

Image by New Media Days via FlickrFor the past week word was he was hiding in a cave in Great Britain. Now looks like he has been caught. If he had a lawyer he was in touch with on British soil, I mean. It was only a matter of time.

The only time I got alarmed was when he yesterday threatened to let go the thermonuclear weapon. He was going to give people the encryption key so they could see everything he had managed to get. I was not worried about more private talk important people might have had. There were information sources in countries with shady regimes. If they knew who you were, you likely disappeared, and not voluntarily like Assange did.
Read more »
at December 07, 2010 No comments: 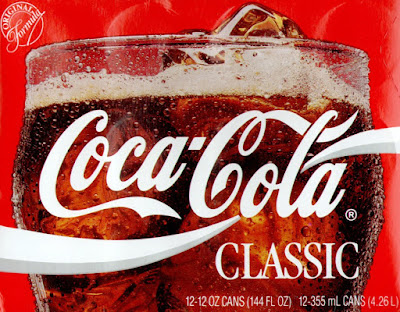 I am as excited about the social web as anyone. But I think sometimes we draw off the mark conclusions as to what the social web is going to do to various market traditions. The market is the invisible hand. It is like that magnetic force that so fascinated child Einstein. The web does not displace the invisible hand, or many of its fundamentals. If anything, the web makes it even more invisible - if that is possible - and more handy. The web makes it more invisible by making possible transparencies that could not have been imagined before. JP is in London - or at least most of the time when he is not jet set - and when he goes for a cup of tea, I get to know like I were sitting next to him. That is amazing transparency, if you think about it.

Brands will still matter, but just like the invisible hand will become even more invisible, brands will become much more alive. The staying power of brands that deserve greater staying power will be enhanced. Brand names that deserve to sink will sink and fast. It will become less possible to prop up brand names through dishonest marketing techniques. In a world thick with the social web, sizzle and buzz will go to those who will deserve sizzle and buzz. The power will shift much more to the individual, and is that a bad thing? Is that not what we wanted all along? But it will not be any one individual. It will be individuals across the board. It will be the masses come alive. But not your faceless masses of demographic research or focus groups. It will be masses of people interacting with close and not so close friends.


A great gift of the social web will be the possibility of many, many niche brands. For someone like me who was born in one country - India - and grew up in another - Nepal - and has been in a third 10,000 miles away for over a decade now - America - the web is the only place where someone can see me whole. Is that amazing or is that amazing?