What I am attempting in Hong Kong is the butterfly effect. I have done this once before. For Nepal in 2005, 2006. But this is much larger in scale. I think it is doable. The most effective way to proceed is to make all parties feel like they have been heard and they have been understood. There has to be intense listening. But also fearless calls for action every step of the way. 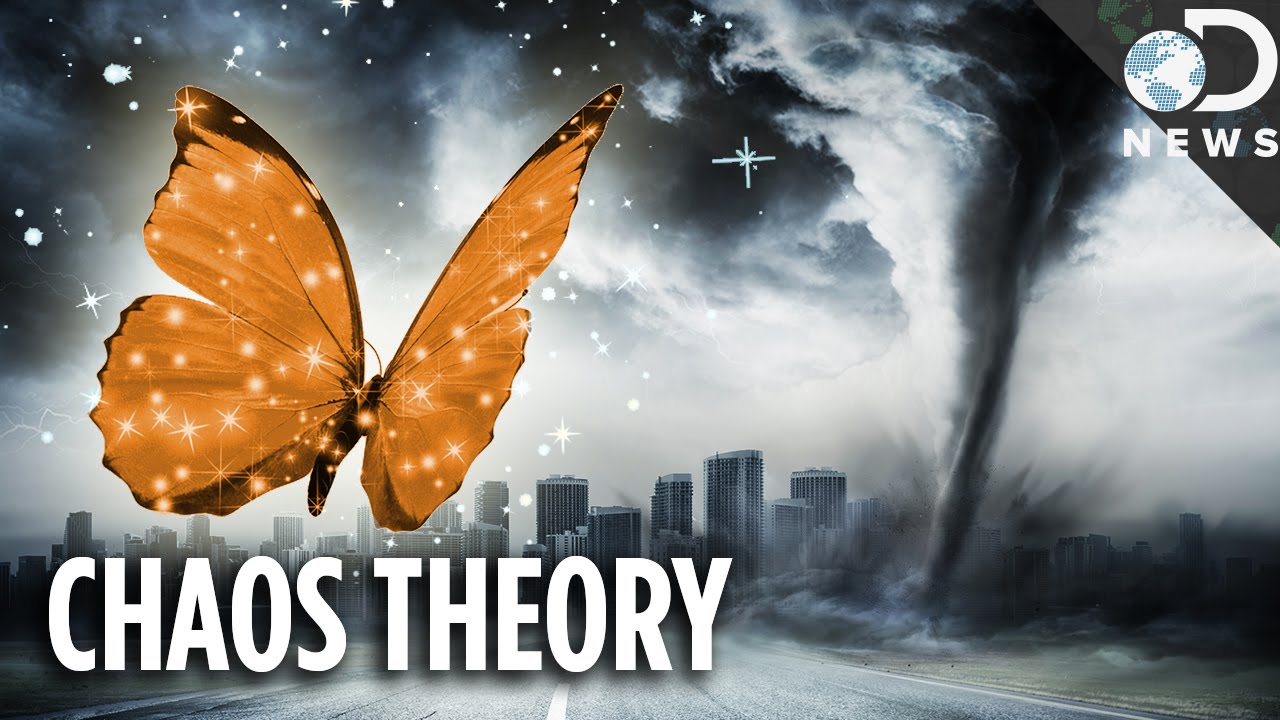 India, China, Cryptocurrencies, And What's Up With Banning?

China might have active censorship of the Internet, but it knew better than to ban the Internet. China might have disallowed Google, Facebook, YouTube, Twitter, etc. inside China, but it actively nurtured Chinese versions, most of which are huge in size by now.

Banning cryptocurrencies is not like banning Google, or Facebook, more like banning search engines, or social networks. Cryptocurrency is not a company. It is an entire class of application. The Blockchain is the fundamental technology, just like the Internet. There are many cryptocurrencies like Bitcoin that sit on top of that Blockchain. Take just one Bitcoin. There are many, many companies who all deal with Bitcoin. The Bitcoin is basically a ledger. It is bookkeeping.

But there is a feeling that US-based Bitcoin dealing companies go into all these countries and suck money out of the system. People buy Bitcoins with real money. But the Bitcoins they buy then is no longer in reach of the respective central banks. That the governments of China and India seem to see as a problem. Is that a problem?

What they fail to see is the Bitcoin challenges the global hegemony of the US dollar like China has long dreamt about. Donald Trump's anxieties about trade deficits would go away if the US dollar is no longer the global currency by default. So looks like even the US government ought to be rooting for crypto.

Just like the Internet has been free speech in a concrete form in places that have yet to enshrine free speech through the traditional political route, the cryptocurrencies challenge the global hegemony of the US dollar, as well that of the central banks of the world. Crypto gets rid of both inflation and deflation.

Instead of trying to stop cryptocurrencies, countries like India ought to try to shape them. There are glaring governance issues. There are obvious questions.

If citizens in a country like Venezuela were to move their money from the local currency suffering the plague of hyperinflation onto the crypto realm, does the central bank in Venezuela become toothless? No. It can still print more money.

Being able to easily move money is a boon for the average person in a country like India. That is the most immediate application of the Bitcoin. For the number one remittance country in the world, it is curious India might want to ban crypto. Don't you want the Indian diaspora to be able to send money to India in frictionless ways?

It is true right now is the wild west phase of the crypto. Too many people are using it as a speculative exercise. Many of them will lose money. By the Indian government's count, there are more than 2,000 cryptocurrencies floating right now. This is the dot com mania all over again. If Ethereum were to collapse, whatever that might mean, there is no entity that will reimburse you for the money you might have used to buy those crypto coins. Is the Indian government seeing a crypto crash in the near future? And preparing for it?

The G20 should instead take the initiative to try and create a B100, or Blockchain 100, a G20 like grouping of the top 100 Blockchain companies by market value that would meet annually, and hold transparent debates and discussions to forge the ground rules for cryptocurrencies and the Blockchain in general.

For example, it should not be easy for anyone to simply launch a cryptocurrency. Unless a cryptocurrency meets the basics of the rules laid out by the B100, it would lack B100 certification.

The number one rule ought to be that no matter who you bought the cryptocurrency from, that money does not sit with any one company, but rather sits on top of the Blockchain and thus is indestructible. The company that was your gateway might go out of business, but your money will stay safe. The number two rule ought to be that every person who buys and holds a cryptocurrency must tie it to a valid biometric ID, traceable by the Interpol for law enforcement purposes. You don't want druglords and crime masters to be able to easily move money. That would create havoc.

China, India, and the United States, one of which has already acted, another is about to act, and a third has expressed anxieties at the highest levels, ought to help create the B100.

It necessarily means that the B100 would together create a super-secure database of a digital, globally available, biometric ID for every human being on earth that is collectively owned, created and maintained by the B100, that meets the highest standards of privacy and security, is kept out of reach of governments unless they show up with warrants issued by recognized courts. All ground rules following crypto companies should be able to access that database for transaction purposes.

These concerned governments should not throw out the baby with the bathwater before the baby is even born.

Indian government panel wants cryptocurrency holders jailed, but can’t deny its tech has merits
The Growth of Cryptocurrency in India: Its Challenges & Potential Impacts on Legislation
INDIA MAY BAN BITCOIN AND CRYPTOCURRENCIES EXCEPT ‘DIGITAL RUPEE’
Facebook's Libra cryptocurrency faces more backlash
Facebook won't launch Calibra or cryptocurrency Libra in India
Move to ban cryptocurrency has Indian blockchain firms worried
Understanding India's Cryptocurrency Crackdown
India's central bank bans financial firms from dealing with cryptocurrency
What is Laxmicoin, possibly the first legal Indian cryptocurrency?
Proposed Indian Ban on Crypto is Even Harsher than China’s
A history of the development of cryptocurrency in India
Has RBI’s Ban On Bitcoin Killed The Future of Cryptocurrency In India?
No Blanket Ban on Cryptocurrencies in India, Government Says
Warning: India is Heading Towards Clueless Bitcoin Regulation, Here’s Why The only concrete steps the world’s sixth largest economy took all these years were: raid cryptocurrency startups, portray bitcoin as a scam via half-baked media coverages, and – to top all – ban its banking sector from offering services to cryptocurrency industry. When the Western economy had moved forward with bitcoin, India started walking backward....... the multifaceted nature of cryptocurrencies. The technology converges multiple disciplines – of securities, currency, and commodities – making it difficult for regulators to assess its exact use case from a user’s point of view. Before the banking ban, RBI and SEBI passed the burden of regulating cryptos to each other, never realizing how they would define the asset class. It is one of the reasons why one cannot help but be skeptical about their intentions to deliver a robust legal framework in four weeks. ...... With any luck, RBI would have realized by now that its banking ban is not working. On the contrary, it has moved the bitcoin market underground. ...... both the regulators would first define how they would separate utility tokens like bitcoin from security tokens like a company-backed equity coin...... In the worst case scenario, SEBI and RBI would call an outright bitcoin ban after taking inspirations from their neighbor China. Practically, that does not change anything for Indian crypto users, which are already trading bitcoin via peer-to-peer methods. However, for an economy that boasts of being the world’s largest IT hub, India will lose a lot that it would gain by shunning an emerging sector.
India's First Cryptocurrency ATM Launched In Bengaluru
India signals ban on cryptocurrencies, embraces blockchain
CRYPTOCURRENCY STILL DOES NOT HAVE A BLANKET BAN IN INDIA BUT A DRAFT IS BEING WORKED UPON
An Indian government panel wants ‘Digital Rupee’ to replace all private cryptocurrencies The report admitted that the distributed-ledger technology behind digital currencies can have positive effects if deployed in financial services, but their most popular application, cryptocurrencies, have “risks associated with them”. ..... India must consider introducing an official virtual currency, or the “Digital Rupee”, to replace private cryptocurrencies such as bitcoin....... As opposed to traditional ledgers, which store records of financial transactions in a centralised database, distributed-ledger technology uses local electronic ledgers that synchronise and share the data. The elimination of central record keeping makes financial transactions operationally more efficient and secure. ....... “The distributed-ledger technology-based systems can be used by banks and other financial firms for processes such as loan-issuance tracking, collateral management, fraud detection and claims management in insurance, and reconciliation systems in the securities market”....... Private cryptocurrencies “have no intrinsic value and cannot replace fiat currencies”, it added, recommending measures that could potentially destroy the crypto-ecosystem....... The Garg panel recommends penalty and imprisonment for those who directly or indirectly “mine, generate, hold, sell, deal in, transfer, dispose of or issues cryptocurrency”....... private cryptocurrencies have not been recognised as legal tender in any jurisdiction....... Ajeet Khuranna, CEO of crypto-bourse Zebpay, which was compelled to shift out of India last October, said India will miss out on the benefits of distributed-ledger technology. 30-30-30-10: A More Thoughtful And Egalitarian Formula For Equity Distribution In Tech Startups For The Age Of Abundance
The Blockchain: Fundamental Like The Internet
The Blockchain Rumble
The Character Called The Tech Entrepreneur

Inequality And Climate Change Are Existential: A Blueprint For Survival
Towards A World Government
AOC 2028

A lot of Silicon Valley types, when they talk about massive increases in productivity they see before their eyes coming in the near future, forget to realize that there will have to be accompanying political, social and policy innovation. There has to be. Imagine every part of your body grew, but not your thumb. Your thumb got stuck at age one. That won't be pretty.

If we could grow 100 times as much food, maybe it will make sense to give everyone food stamps. Everyone who wants them can have them. Why not? We can already give everyone free internet access. Nanotechnology should do the same to housing. It should become super cheap to build houses. You could be buying houses like you buy computers today. It is not a 30 year plan. It is one simple transaction.

Maybe we will end up communist. Like China, a communist country, has ended up being uber capitalist, or "socialism with Chinese characteristics." To each according to his/her need, at least for the basics of life, like internet access, food and shelter. Even a minimum basic income. If your accessing the internet is making people money, maybe you should get a cut. You should definitely get a cut for your personal contribution to Big Data. We as people are more indispensable to the Internet than computers and routers. The Internet is dead without us.