The idea of a direct listing is intriguing.


Music streaming service Spotify, valued at roughly $19 billion in the private markets, has also filed for a direct listing and will debut on the NYSE on April 3. ....... A direct listing lets investors and employees sell shares without the company raising new capital or hiring a Wall Street bank or broker to underwrite the offering. 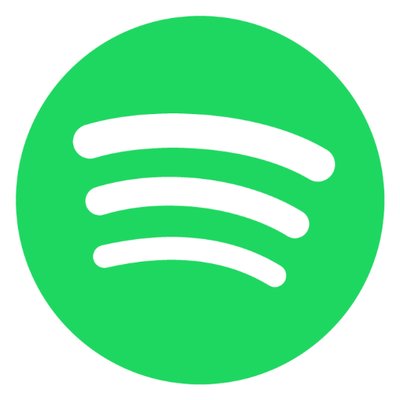 I remember Google once brought this thing that allowed you to search through your Desktop. I quite liked it. It was a nice toy. But I mostly remembered where my stuff were. But, hey, search!

A Simple Way to Search Your Share of the Cloud


A company called ClipCard will let you search all your cloud-based stuff at once, even if it’s stored in several places.

It Turns Out Twitter’s Not for Everyone

Twitter need not be a mainstream product used by half of humanity to do really well as a business. Instead of trying to imitate Facebook (O, we also show you pictures in your stream!) Twitter could just deepen the relationship it has with its users.

If Google can help me search through the web, Twitter should at least be able to help me search through all tweets that rest on Twitter's servers. But it does not do that. That one feature alone would take Twitter into the stratosphere. I might not need a Dropbox. Twitter would be my Dropbox for the most part. Most stuff I like to save come in the form of URLs.

So if you can be so well positioned for both search and social, and you were mobile before mobile became mobile, what gives? Beats me.

Internet Of Things And Climate Change

How the “Internet of Things” Will Become as Mainstream as Dropbox

Only something at the scale of the Internet Of Things will allow for humanity to have an intelligent relationship with the environment. Right now we are collectively flying blind. But when most elements of the biosphere will connect with us and when an average person will have a pretty rich understanding of what is going on and how enormous it all is, that will pave way for some smart action. Political will can thus be created.

I am not being able to wrap my head around it. Maybe I will be surprised. But I don't see a place for it in my life. Facebook is already the top app on all platforms. It could have done better in software.

I can see a place for a Google phone. Heck, I have one. I like the deep Google integration. But Facebook? I just don't see it.

Google's lament with Facebook was it stands behind a wall, we can't search. Then Steve Jobs brought along iPhone apps that were even further behind the wall. An app was not like a website. You couldn't search. And the data the app collected mostly stayed not among apps, but inside that app itself.

Looks like Dropbox wants to shake that thing. Dropbox is a cloud inside the cloud.

Dropbox Offers a Way to Free Data from Mobile Apps


setting out to build “a fabric that ties together all devices, services, and apps … the Internet’s file system” .... the Sync API, allows mobile apps to save data to a user’s Dropbox account so that the app can be synched across multiple devices .... The Sync API could also erode some of the restrictions imposed by the competing mobile “ecosystems” of Apple and Google by making it easier to switch between them without leaving any data behind. For example, someone who had been using an image editing app for Apple’s iPad could install the same app on an Android tablet and find the edited photos on the new device. ..... “The Sync API allows iOS and Android developers to focus on the core aspects of their app and leave the complexities of working across platforms to us” ..... Dropbox’s leaders are carefully planning how to compete with Apple. ..... Apple and Dropbox are the two cloud services most used by U.S. consumers, with 27 percent and 17 percent


the best ideas look initially like bad ideas ..... The total value of the companies we've funded is around 10 billion, give or take a few. But just two companies, Dropbox and Airbnb, account for about three quarters of it. ..... we are just not prepared for the 1000x variation in outcomes that one finds in startup investing. .... in purely financial terms, there is probably at most one company in each YC batch that will have a significant effect on our returns, and the rest are just a cost of doing business. ...... You need to do what you know intellectually to be right, even though it feels wrong. .... the best startup ideas seem at first like bad ideas. I've written about this before: if a good idea were obviously good, someone else would already have done it. So the most successful founders tend to work on ideas that few beside them realize are good ..... the vast majority of ideas that seem bad are bad. ..... The fact that the best ideas seem like bad ideas makes it even harder to recognize the big winners. ..... how lame Facebook sounded to me when I first heard about it. A site for college students to waste time? It seemed the perfect bad idea: a site (1) for a niche market (2) with no money (3) to do something that didn't matter. ..... When you pick a big winner, you won't know it for two years. .... fundraising is not merely a useless metric, but positively misleading. ..... We can afford to take at least 10x as much risk as Demo Day investors. ..... The best we can hope for is that when we interview a group and find ourselves thinking "they seem like good founders, but what are investors going to think of this crazy idea?" we'll continue to be able to say "who cares what investors think?" That's what we thought about Airbnb ..... if you're flying through clouds you can't tell what the attitude of the aircraft is. You could feel like you're flying straight and level while in fact you're descending in a spiral. The solution is to ignore what your body is telling you and listen only to your instruments. But it turns out to be very hard to ignore what your body is telling you. Every pilot knows about this problem and yet it is still a leading cause of accidents...... The reason Google seemed a bad idea was that there were already lots of search engines and there didn't seem to be room for another. ..... I was genuinely worried that Airbnb, for example, would not be able to raise money after Demo Day. I couldn't convince Fred Wilson to fund them