Headcount costs at Twitter just went from $1.5 Billion/yr to $180 Million/yr.

I think Elon is going to try run twitter on 10% of the staff just to prove it can be done. Honestly, I’m rooting for him simply because I like the website that much.

Now that Twitter has 7 hardcore engineers left and seems to still be working fine, somewhere a Google SVP is nervously writing a memo about why they still totally need 150,000 people.

I remember the old saying, “Better to be thought a fool than to buy Twitter and remove all doubt.”

Gentlemen it has been an honor to shitpost with you

Congrats Hakeem. It was an honor to get to know you before you ever ran for office. You have substance. You have oomph.

How Nepal Grew Back Its Forests An effort decades in the making is showing results in Nepal, a rare success story in a world of cascading climate disasters and despair. ............ This transformation is visible across Nepal, thanks to a radical policy adopted by the government more than 40 years ago. Large swaths of national forest land were handed to local communities, and millions of volunteers like Mr. Karki were recruited to protect and renew their local forests, an effort that has earned praise from environmentalists around the world. But the success has been accompanied by new challenges — among them addressing the increase in potentially dangerous confrontations between people and wildlife. ........ Community-managed forests now account for more than a third of Nepal’s forest cover, which has grown by about 22 percent since 1988, according to government data. Independent studies also confirm that greenery in Nepal has sprung back, with forests now covering 45 percent of the country’s land. ....... a NASA-funded study that found Nepal’s tree cover had doubled between 1992 and 2016. “Now, you’ve got the community saying, ‘No, you don’t go there!’ So, the trees are coming back.” ......... Back in the early 1980s, the government couldn’t persuade people to stop cutting trees for farmland and for firewood. ........ What followed was an enormous replantation effort that was bolstered by foreign aid. Villagers like Mr. Karki planted seedlings of rosewood and sal on barren hills. ......... For the community foresters, that involves guarding their forests from the timber mafia, poachers and from nature itself. ........ One morning early this year, Chijamaya Sarki, 61, was cutting grass for cattle feed in a forest when she was attacked and killed by a tiger, her family said. “We only received her half-eaten body,” said Shyam Bahadur Majakoti, her son, still visibly in shock and dressed according to a traditional mourning ritual. ......... Hundreds of thousands of Nepali youth migrate each year to other countries in Asia or to the Persian Gulf in search of stable, well-paying jobs, leaving fewer workers at home. Foreign remittances now represent almost a quarter of the country’s economic output, and brought in about $7.35 billion in 2020. ....... The rejuvenated forests have transformed life for the locals here. Floods are less frequent. Rainfall, once intermittent, is now normal. ...... Many people have moved on from subsistence farming, taking up alternatives like beekeeping and growing profitable crops like dragon fruit and strawberries. .......... Keshav Raj Basnet runs a thriving beekeeping business, earning $5,000 a year from 12 hives. ........ Nepal is expecting a $7.4 billion package from a group led by the British government to “build back greener from Covid-19” and about $300 million from Norway, the United States and Britain, among others, for helping reduce global emissions. ......... Sergeant Gurung, 36, who is armed with an M-16 rifle, said that on a recent patrol he was chased by a tiger. “I was so scared that I climbed a tree,” he said. “We are allowed to use our gun to protect ourselves, but I am here to protect the animals,” not shoot them. ........ More than 100 of Mr. Gurung’s peers have died on duty in wildlife attacks since 1974, the Army has said. The army has also had a fraught relationship with some locals, who accuse it of heavy-handedness against ethnic minorities. ......... In July 2020, troops found Raj Kumar Chepang, 24, fishing in the restricted area of the national park. His punishment, a beating from sticks, was so severe that he died a few days later . 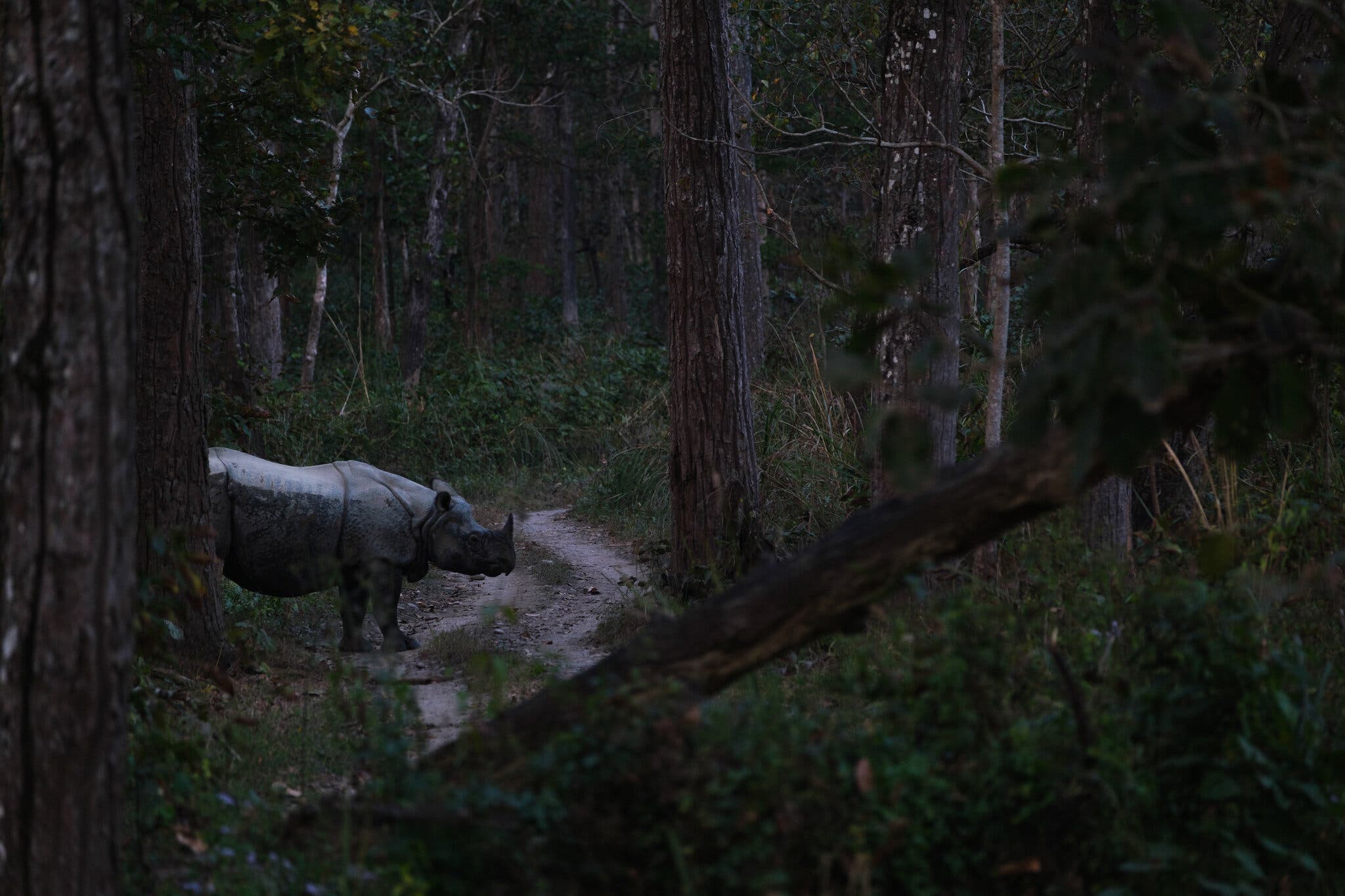 Thanks for helping out. You’re a lifesaver!

How do you make a small fortune in social media?

Start out with a large one.

India will give jobs to US citizens by 2030.

“Do not expect too much of the end of the world.”—Stanisław Jerzy Lec