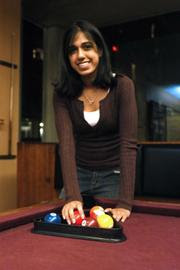 Neha Chauhan is a great Moderator. This was my second Chauhan event, and it was just great. She has this ability to bring together a great group of panelists. And I like her emphasis on women. I am for a healthier male female ratio across the board. That has to be extra true for tech and media. New companies can not replicate the sexist social arrangements of old companies.

Mostly the panelists talked about their work, their challenges and dreams, and those are for the most part gender neutral. And the question answer session later was as robust as the first part of the program. I was mesmerized by the intellectual oomph of many of the things the panelists had to say. These were go getters. They were entrepreneurs. They might not always get it at first try, but get they will.

The final part was when you mingle. That is an important part. Time permitting I relish that part as I did with this event. That is a great time to ask the panelists a few more questions and meet some of the people in the audience. It was a house full event.

I was so glad I showed up. And I had the honor of sitting one seat in front of the moderator's mother who was skillfully handling three different cameras. I got to meet a panelist mother later who I told she looked like the Yahoo CEO Carol Bartz. Hello Jordan. Jordan Reid was also at the Social Media Week panel put together by Neha Chauhan back in February.

In my question from the floor I focused on one of the themes of the evening, that many, many more men are coders, and so they have an edge in tech. I don't believe that to be true. Being an entrepreneur is a higher level skill than being a coder. More than 99% of coders go work for someone else. They can be hired. The important part is can you put together a full team that also includes coders, that is the real challenge. A full team will have tech people, and marketing people, and designers, and what not, but the leader of the team has to bring all that together. And that leadership can be provided as well by women as men. If you need developers, and you have to hire male developers, hire them. There are plenty of those around. What we don't have enough of is people who start and build companies. We need more women entrepreneurs. 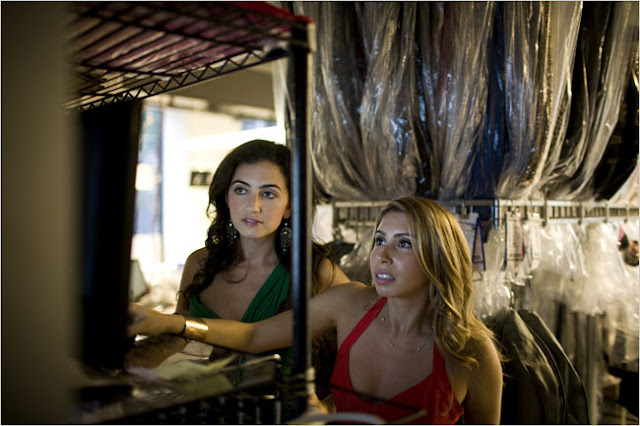 Jennifer Hyman has been the Chief Executive Officer of Rent the Runway since the company's founding in November 2008. She is responsible for all areas of the business including technology, fashion, sales, marketing, operations, customer experience, and people management.

Jennifer founded Rent the Runway with her Harvard Business School sectionmate Jennifer Fleiss. They received funding from Bain Capital in May 2009 and launched the site in early November 2009. Rent the Runway is a members-only fashion community that launched in November 2009 with the goal of building customer loyalty for designer brands by enabling a woman to rent a dress before a special occasion in her life for 4 days only.

As a "Netflix for fashion" Rent the Runway is trying to give women access to the "Carrie Bradshaw closet" and encourage them to experiment with new trends, colors and designers without the guilt of a dress she's only going to wear once. Rent the Runway's launch was met with accolades from the NYTimes, the fashion media and blogosphere and already has over 425K members.

Before Rent the Runway, Jennifer was the Director of Business Development at IMG where she focused on the creation of new media businesses for IMG's Fashion Division. She also ran an online advertising sales team at WeddingChannel.com and before that, she was an in-house entrepreneur at Starwood Hotels, creating new leisure business for the company, including a wedding business that was recognized on Oprah for its innovation.

Jennifer received her BA from Harvard University and MBA from Harvard Business School. She is on the Board of an all girls public school in Brooklyn. She currently resides in New York City where she enjoys the entrepreneurial lifestyle, neighborhood restaurants, socializing with friends and family and all things fashion!

Dorothy McGivney worked for almost six years at Google until a serious case of wanderlust sent her on a trip around the world. After spending the better part of a year visiting destinations like Patagonia, Nepal, and Japan, she decided to combine her background in online advertising with her passion for exploring to create Jauntsetter, a travel site and e-newsletter for New Yorkers. 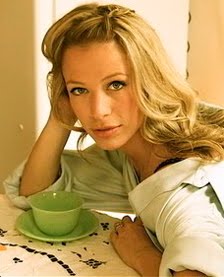 Jordan Reid founded RamshackleGlam.com, a “Haphazard Guide to Happiness,” in March 2010, shortly after departing her position as the resident Lifestyle expert at NonSociety.com. At RamshackleGlam.com, Reid’s focus is on home décor, style, entertaining, cooking, and do-it-yourself projects, as well as advice for couples in committed relationships.

A 28-year-old Harvard grad, Reid has been a part of the social media world since August of 2009, when she decided to turn her love for creating an exceptional home environment into a full-time gig. Reid immediately developed a passionate fan base of over 70,000 readers per month, with whom she corresponds on a daily basis about everything from relationship troubles to cooking tips.

Reid self-produces a webcast, “Ramshackle Glam with Jordan Reid,” that can be seen on Vimeo, YouTube, TheGloss.com, and Reid’s own site. She is a writer for Cosmopolitan, TimeOut NY, TheGloss.com, and Styleite.com. Reid is also a regular Lifestyle correspondent for BetterTV, and has appeared on MSNBC, VH1, NBC’s New York NonStop, and Exclusiv, among other nationally and internationally syndicated lifestyle programs.

Tammy Tibbetts created She’s the First, a global campaign that promotes the importance of educating girls in the developing world. With an education, every girl has a chance to break barriers and become “the First” to achieve her special goals. Shesthefirst.org leverages young women’s passions and networks offline and online via social media (Twitter, Facebook, YouTube) to fundraise for sponsorships that will send girls to school.

Tammy works for Hearst Magazines Digital Media, where she led the creation of DonateMyDress.org, the nonprofit site of Seventeen’s Teen Network. She has created multiplatform, interactive web experiences for teen girls, for which she's managed partnerships with music and retail companies, local schools, and dress drive organizations nationwide. She is also Director of Operations of the MacDella Cooper Foundation, which supports vulnerable children in Liberia, and serves on the Foundation Board of New York Women in Communications. She is a Phi Beta Kappa journalism graduate of The College of New Jersey.

Neha Chauhan (Moderator) is currently an investment banking analyst at JPMorgan, having joined the company after graduating from Harvard University in 2008. With a background in technology and web design, Neha plans to launch her own new media venture early next year. Outside of the new media sector, Neha’s prior work experience includes internships at DANNIJO Jewelry, Bank of America, 85 Broads, L’Oreal Paris, and the Office of Senator Hillary Clinton. In her free time, Neha works closely with the Alzheimer’s Foundation of America, specifically on initiatives for young people. She is interested in social entrepreneurship, and most recently launched a microfinance pilot program in Panajachel, Guatemala. To combine her interests in technology and philanthropy, she developed My Social Impact, a website that uses social media to track social impact. Neha organized this year’s Women in Tech-Media event for Internet Week NY.